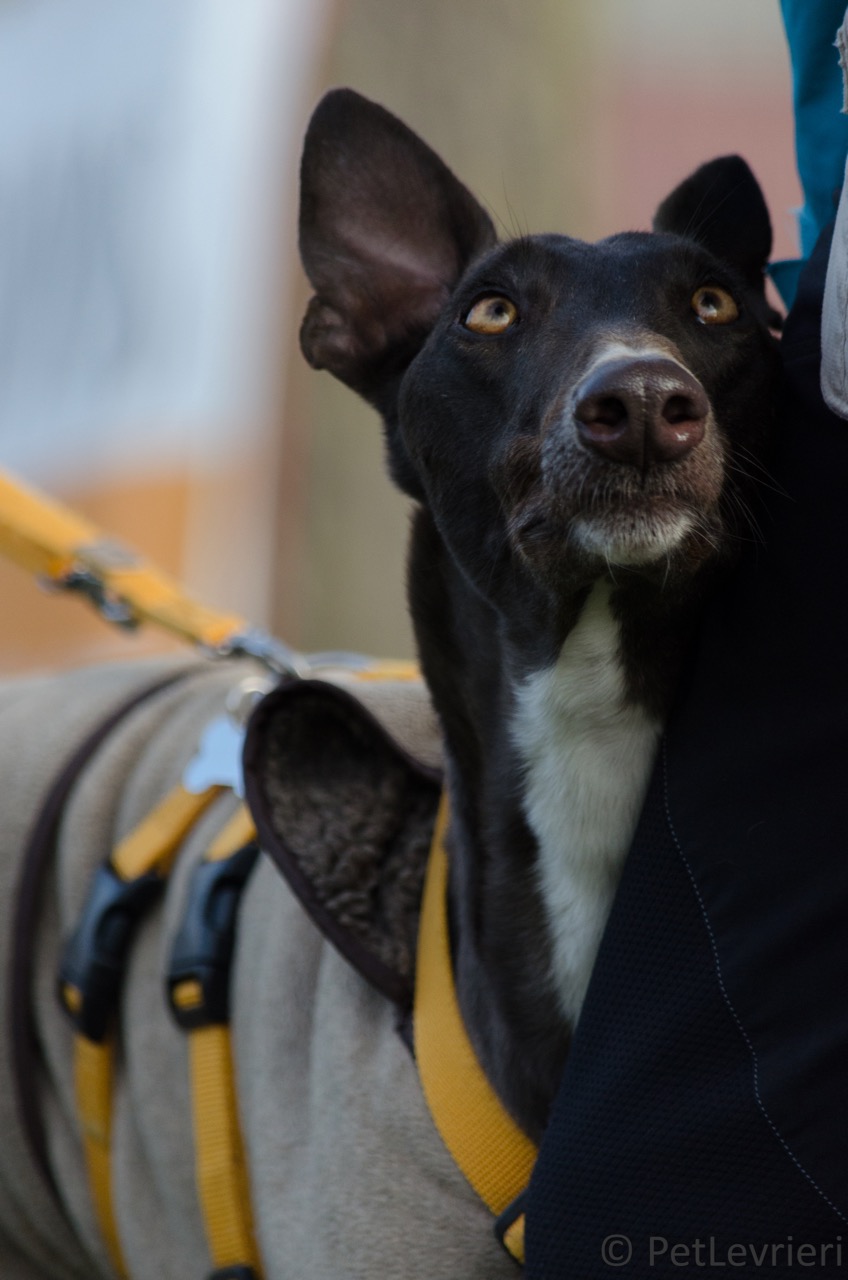 Your eyes tell the story of your life each day, a story that has so many things to say, and Massimo Greco and myself and our whole gang are really happy to be able to be part of that story now.

You, King, along with the story of your life – a life which we have been sharing with you for the last 10 days – could have been left voiceless, sucked into the chilling and cruel silence of a violent and ruthless death, and into the void of an oblivion without hope of release.

But your release did come, and we will be speaking about it loud and clear, so that it may help all your brothers and sisters who are still being exploited, abused and killed by the racing industries in Ireland, the UK, the US, Mexico, Australia, New Zealand, Macau and Vietnam.

China, where you come from and whose meat markets you were rescued from, is one of the new frontier lands where this cruel racing industry is now developing.

Each one of us can do so much, even in small ways, which will act like seeds from which to grow a future of freedom and respect for all greyhounds, galgos and lurchers.

How do we do that?

– by supporting the work of ANIMA – 澳門愛護動物協會​ and Albano Martins​ to save the 600 plus greyhounds of Macau, in this tough but very important battle which is resonating all around the world;

– by spreading the word about the courageous, passionate and exhausting rescue and awareness raising work being carried out on a daily basis by Chinese activists, as groups like Candy Cane Rescue, Birmingham Greyhound Protection, CAGED Nationwide​, GREY2K USA​, Animals Asia​ and Animals Australia are doing.