Greyhounds rescued from João Moura’s abuses have been all adopted

The 17 survivors, who were confiscated 6 months ago from corrida knight (in an advanced state of malnutrition and with several connected diseases), are now completely healed and were delivered to 14 adopters.

“Pita” (wearing a red harness in the pic) was nearly dead. Now she is unrecognizable and she is always with her inseparable friend “Evita” (on the back). 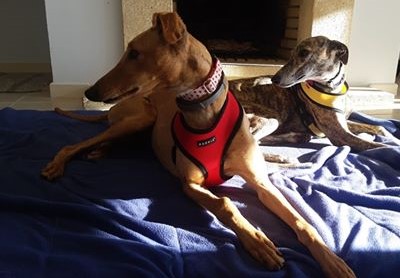 Nobody would have had bet in such a happy ending.

Just remember that on the 19th of February GNR confiscated 18 hounds from torero João Moura: they were kept in his farm in Monforte (Portalegre). Due to their  terrible condition, one of the bitches died the next day. She was so sick and fragile that she couldn’t even stand up, so, to end her suffering, a vet had to put her to sleep.

But right after six months from this scenario (the images of the skeletal dogs went viral and shocked all the Country), a reliable source referred to VISÃO that the 17 survivor hounds have completely healed and were all adopted, after an accurate selection of the new owners.

After the confiscation, three organizations (Katefriends, a Oeiras, O Cantinho da Milú, a Setúbal, e APA-Association for the Protection of Animals, a Torres Vedras) were entrusted with the care of the 17 greyhounds. The reality they had to deal with was more serious than expected. In addition to malnutrition, the dogs suffered from many diseases: leishmaniasis, ticks fever, anemia, liver deficit, parasites, wounds on paws, rotten tails. 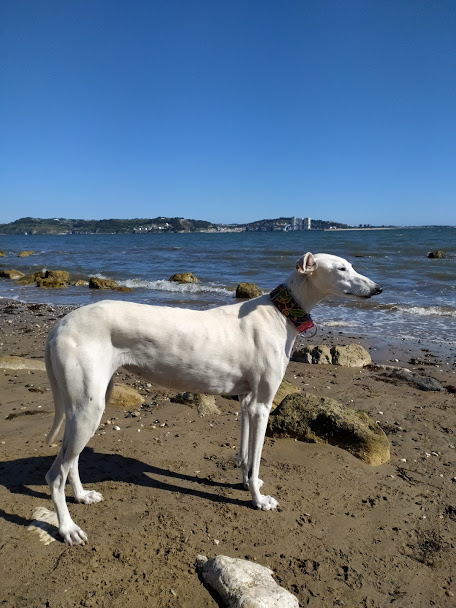 When “Baileys” was confiscated, she had fever, anemia and her livers were in a bad state. Now she is a wonderful dog.

Baileys and Pita were the ones in the most serious state. They were lying between life and death and now they are beautiful, majestic and happy with their new families, as  you can see in the pictures.

The greyhounds that had shown a stronger relationship were adopted together.

Pita indeed was adopted with her friend Evita, as well as Jasmin and Violeta and Boris and Natasha.

Cantinho da Milú is still entrusted with the care of three of these hounds, because they are doing a therapy to heal from an aggressive bacteria that attacks the skin. But Phoenix, Anubis e Rednose will soon be joining their new homes.