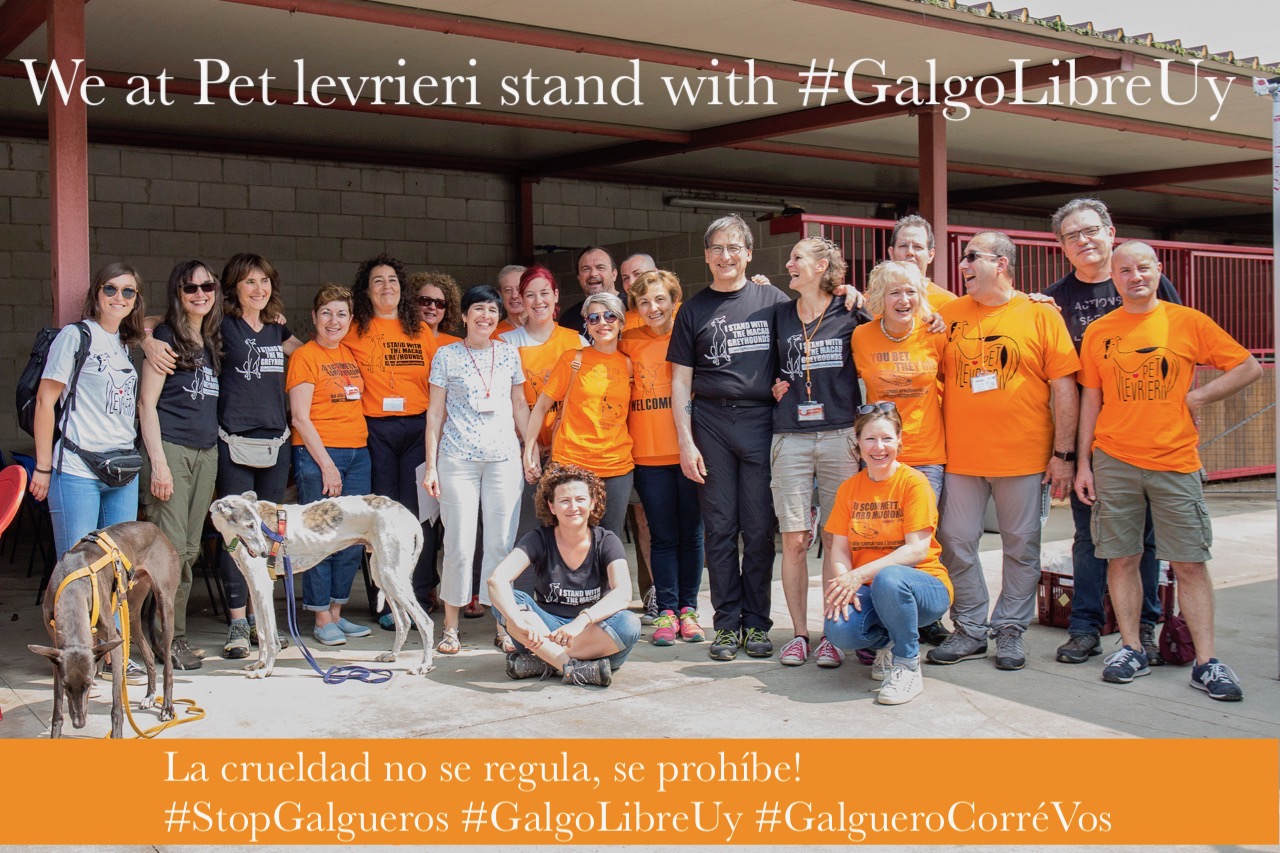 The Uruguayan association for the ethical treatment of animals APTEHA, alongside Proyecto Galgos Argentina has therefore been promoting for months a campaign called Galgo Libre Uy, which aims to ban greyhound racing in Uruguay, like it has been in Argentina.

The law proposals put forward in Uruguay aim to ban greyhound racing and impose sanctions on betting-related activities, by applying rules 361 and 362 of the criminal code.

This campaign and its law proposals have met with huge public support, as there is strong public condemnation of dog racing, but it is still struggling to find enough support in Parliament and at government level, mainly because there is ignorance about the huge damage caused to animals and to the general wellbeing of communities by the gambling sector.

We hope that this important campaign is as successful as the campaign in Argentina which in December 2016 achieved a landmark victory with the banning of dog racing in that country.

We will do all we can to help ensure the success of the campaign.