Thank you GREY2K USA WORLDWIDE! The event ‘Greyhounds Around The Globe’ was unique and very important, and should be repeated!

As President of Pet Levrieri, I had the honour of being part of the panel of speakers on the topic ‘Greyhounds and Galgos in Europe‘ alongside Lucinda Read, director of Greyhound Compassion (UK), and Fermin Perez, President of Scooby (Spain), at the world conference Greyhounds Around the Globe, which was organised in Florida by Grey2K USA Worldwide on the weekend of the 15th-17th October. I also took part in the work group made up of the 14 organisations who had been invited to the event.

They were three days of intense work, during which we exchanged experiences with many representatives of the global anti racing and anti hunting movement – which was very constructive and informative – and we planned strategies and initiatives aimed at raising public awareness worldwide and at opposing greyhound racing and the exploitation of galgos in all the countries where they are legal.

At the end of the conference, the coalition of 14 organisations, led by Grey2K USA, sent a letter to the Heads of State of the eight countries where racing is still legal, incorporating a petition appealing to the Heads of State to support legislation aiming to end greyhound racing, telling them that greyhounds deserve better.

It was a really important experience which was not limited to those three days, as it was part of a journey which had already started beforehand and which will continue as we move forward with renewed energy, strength of purpose and the ability to plan on an international level.

We would like to thank our friends Christine Dorchak, President of Grey2K USA Worldwide, vicepresident Eric Jackson, the members of the Board (Sherry Mangold, James Flanagan, Fred Bartoni, Jay Kirkus, Albano Martins, Kathy Pelton, Charmaine Settle, Jeroen van Kernebeek, Rev. Tom Grey) and Executive Director Carey M.Thiel, for having organized so masterfully this important and unique world event, the first ever of its kind, and for having given our association Pet Levrieri the opportunity to take part in it and to play an active role as both partner and speaker.

Speaking as President and on behalf of Pet Levrieri, we feel the responsibility and the commitment to do all we can in the fight to build a future without racing and hunting. We know we can do this alongside and in support of so many great advocates and organisations: people who are courageous, competent, passionate and far-sighted, able to work together, who are working to that end in countries where greyhound racing and the exploitation of galgos are still a cruel and ruthless reality.

We know that the strength of the anti racing and anti hunting movement lies in knowing how to be a unified team, proactive and far sighted.

We thank Grey2K USA Worldwide and all our British, Irish, Australian, Macanese, Spanish, Argentinian and European partners who fight every day for greyhounds, galgos and lurchers.

Together we will achieve greater and greater and more definitive results for greyhounds, galgos and lurchers. 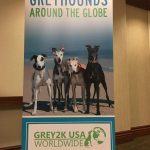 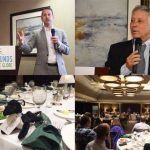 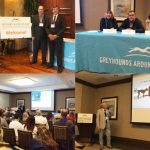 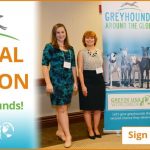 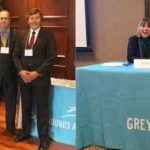 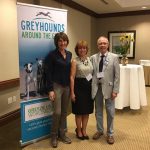 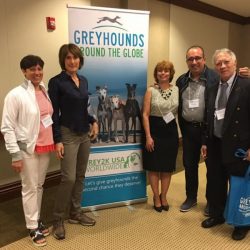 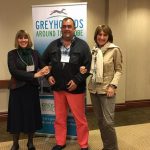 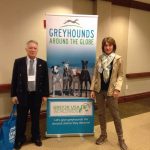 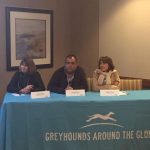 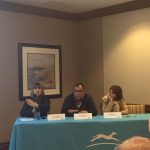 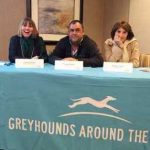 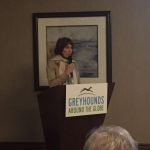 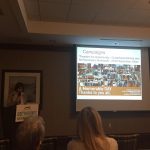 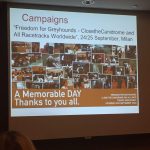 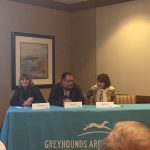 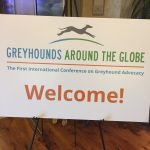