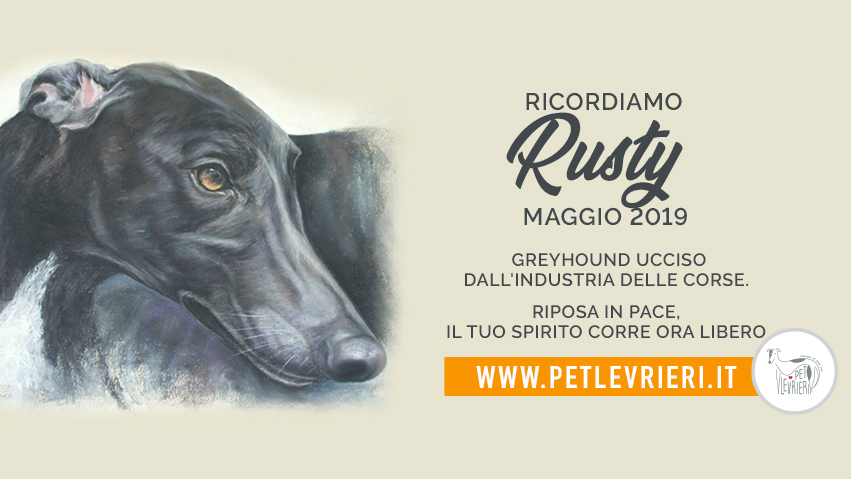 In May 2004, Rusty was found dying on a Welsh hillside, with a bolt gun shot to the head and his ears cut off to stop him from being identified through his ear tattoos.

Even though he had been tortured, mutilated and left to die for three days, Rusty was still alive and managed to welcome his rescuers with a wag of the tail when he was found, but his wounds were so extensive that the vet could do nothing for him but gently put him to sleep.

Fifteen years on, we want to remember Rusty, so that his death, and that of thousands of greyhounds who are slaves of the racing industries in Ireland and Great Britain, does not remain unpunished.

Europe cannot tolerate this barbarism: greyhound racing should be banned and the tracks closed in all the countries where it exists.

In the month of May we will put Rusty’s image on our Facebook pages and by using the facebook frame ‘Remember Rusty’.
It’s very simple to use – here’s how:
Click on your profile pic and select ‘add frame’, then search for ‘Remember Rusty’, and click ‘use’.
Alternatively, if you have a facebook friend who is already using the frame, click on the ‘try frame’ on the bottom right of his/her profile pic and follow the instructions provided. 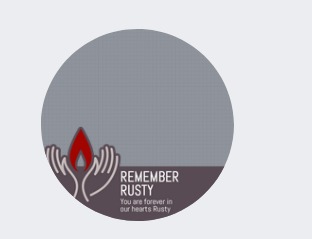 We will take a walk with your dog ~ at a time and place of your choice ~ in memory of Rusty.

Those of us who are believers will say a prayer for him and all those who died like him, but whose names we do not know.

Apart from joining the event in the month of May, let’s support the groups and organisations who take a coherent stand against the racing industry.