Our speech at the Peaceful March for Greyhounds in Cork – Ireland 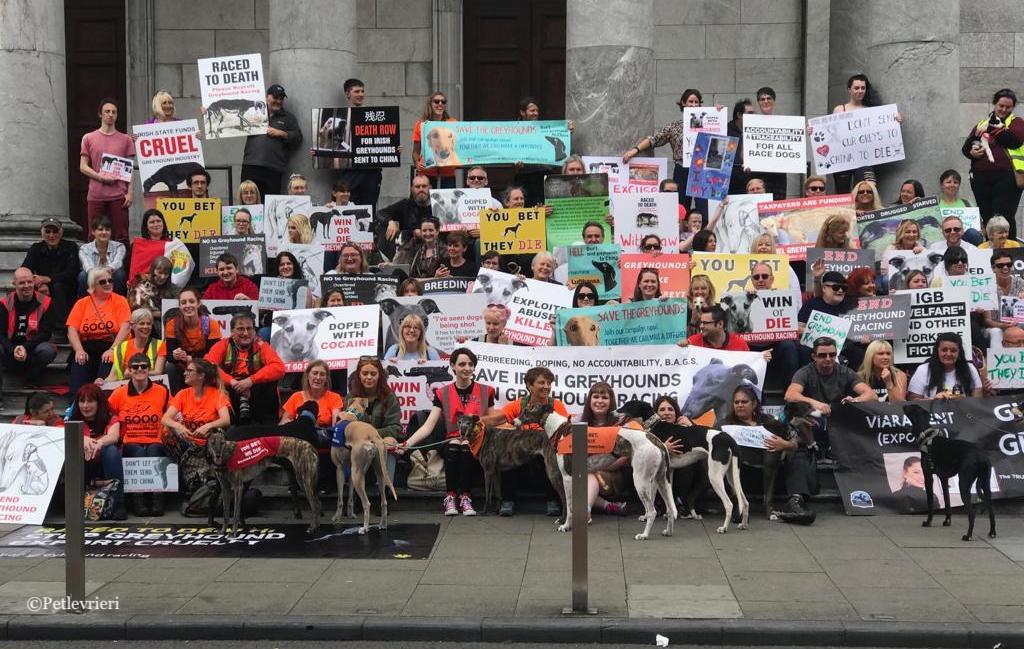 Here is the live video of our speech at the anti-racing event Peaceful March for Greyhounds, held today in Cork, Ireland, organized by the antiracing group Greyhound Awareness Cork.


Here is the text of the speech:

It’s not the first time that we’ve come to Ireland to visit the rescues we have the honour of collaborating with, but this time there is a difference.

The truth is that not only do greyhounds die in their thousands, are ruthlessly exported and cruelly slaughtered, but that greyhound racing is a business in which a small minority of people make money while the vast majority pick up the tab, through the taxes paid by all Irish citizens. It is a business which is both morally and financially bankrupt, and the attempts being made to save it by the industry and its supporters in government are pathetic.

The IGB says that dog racing is an integral part of Irish society and that it is much more than a sport, but that is not true. Dog racing as it once was no longer exists, buried by debts and by its own anachronysm, and it is not a ‘sport’ anyway, but the exploitation of dogs for commercial ends. It is like a broken toy sucking money out of tax contributions that could be put to better use elsewhere, to help the community in a more useful way.

For how many projects of greater benefit to society could be set up instead of supporting racetracks? How many real jobs could be created in this way?

We don’t know how long it will take, but the journey has now begun. What we must do now is join together to form a united front made up not only of all those who want a better life for greyhounds, but also of all those who are tired of financing the entertainment of a few paid for by the many.

Irish greyhounds and the people of Ireland deserve much better than an industry which kills dogs in order to survive, and which does so with the tax contributions of the Irish people.

The winds are changing, and that is why it is an honour and a privilege to be here today with you all. We will help you as much as we can, until the day when Irish greyhounds are finally free, and that’s a promise. And as we proved with the greyhounds of Macau, we always keep our promises.