IT’S BEEN A GREAT YEAR FOR THE GREYHOUNDS – HAPPY HOLIDAYS FROM US ALL! 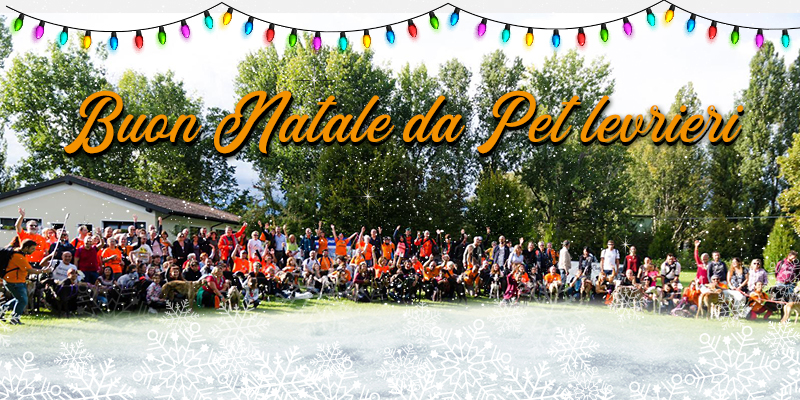 Another year comes to a close: in just a few days, after Christmas, we will be starting to turn the pages of a new calendar.

This last year has been intense: the 550 Macau greyhounds are no longer at the Canidrome but have found homes in what was the most impressive international adoption operation ever realised; in Ireland, the RTÉ documentary Greyhounds: Running For Their Lives, shown on prime time TV as part of the RTÉ Investigates  series, showed inequivocably the sad reality of racing greyhounds and marked a point of no return in the crisis of the racing industry; in the UK the decision was taken to close the oldest British track, Belle Vue in Manchester, built in 1926; in Florida the law banning greyhound racing passed in November 2018 is being fulfilled; in Australia the compulsory muzzling law for pet greyhounds has been abolished; and in Chile the fight continues to pass a law banning dog racing, along the lines of what has already been achieved in Argentina and Uruguay.

These are important results, which give us hope for the next campaigns and for those already launched, like the international campaign Save the Greyhounds and Galgos of Portugal, which has just begun.

These were not easy victories, nor the result of a change of heart on the part of the racing industry, but the conclusion of long drawn out years of struggle on the part of the greyhounds’ real friends, those who have made a serious commitment to ending the exploitation of these dogs.

For us at Pet Levrieri it has been a busy year, with an incredible  surge in the number of rehomed dogs: over 260, of which 61 came from Macau. Four more Macau greyhounds will be arriving in Italy on the 16th January 2020. Our commitment to the anti racing movement is as strong as ever and the number of our members has risen consistently: we now have more than 130 associate members.

Naturally there have been difficult times too: some of our four-legged friends are no longer with us, and will not be enjoying the festivities with us this year. Our thoughts are with them, and with all of those deprived of a decent life due to human cruelty, but alongside the sadness there is also a promise for the future: to renew our commitment to end their suffering.

We wish a Merry Christmas and a Happy New Year to all our associate members, our adoptive families and all the friends and supporters of Pet Levrieri, in Italy and abroad.

Special thoughts and good wishes go to our friends in the anti racing and anti hunting rescues who work in the front line, amidst great difficulties, in the places where greyhounds, lurchers and galgos are exploited and killed. To all of them we send our heartfelt thanks for everything they have done and will continue to do every day to help these dogs and to put an end to their suffering and exploitation.

And finally, Merry Christmas and a Happy New Year to all those who fight for the protection and rights of dogs and animals in general, anywhere in the world.

Happy Christmas from us all at Pet Levrieri!