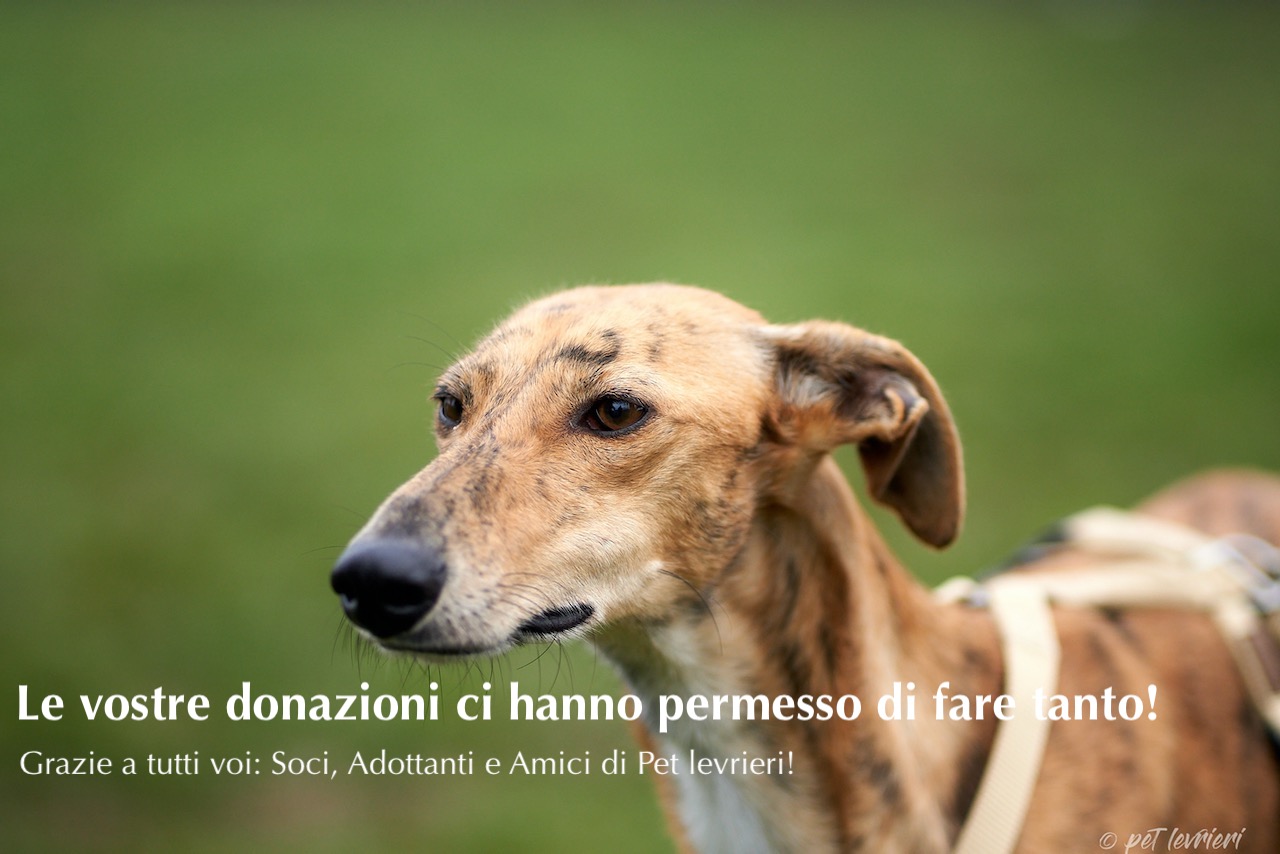 A massive well done to Pet Levrieri who despite the considerable difficulties of the past year, have managed in 2020 to find homes in Italy for 353 sighthounds from both Spain and Ireland (including 3 additional Macau greyhounds who arrived in January 2020, following on from the over 60 Macau greyhounds they had homed in Italy the previous year).
This involved organising 17 transports in all in 2020: 8 from Ireland, 8 from Spain and 1 from Macau.
They were able to do this in the middle of a global pandemic thanks to the extraordinary hard work of the whole Pet Levrieri team – all of which are volunteers – as well as everyone else involved in the planning and realisation of the transports and the adoption process who really worked together as a team: from the staff and volunteers of each of the refuges to the transportation company, the veterinary authorities in the 3 countries involved, PL’s partner adoption groups in Slovenia and Croatia, the adoptive families themselves in Italy and the Pet Levrieri fostering network – everyone abided successfully by the strict rules and steps needed in order to safeguard and protect the health of everyone involved.
True to Pet Levrieri’s stated wish to help support the independent refuges with whom they collaborate (none of which receives any funding from the racing industry) , in addition to covering all the expenses related to the transports they also managed to raise via donations and annual membership fees the extraordinary sum of €70,385.000 euros, which was thus divided between the rescues with whom they collaborate:
€31,825.00 euros to Scooby (Spain)
€30,060.00 euros to Limerick Animal Welfare (Ireland)
€8,500.00 euros to Galway SPCA (Ireland)
This was no easy feat, especially in the midst of a pandemic which has had a severe impact on the economies of all the countries involved. It required sacrifices and specific choices on the part of all of those who donated, from friends, associate members and adopters to supporters and partners, without whose unwavering support and efforts in both time, commitment and generosity Pet Levrieri would have been unable to achieve so much, nor would they be able to continue to do so.
A huge debt of gratitude goes to them all.