Speech in Milan by Christine Dorchak, President of GREY2K USA Worldwide, at the Conference ‘Freedom for Greyhounds’.

Here is the speech that Christine Dorchak, President and General Counsellor of GREY2K USA Worldwide, and global leader of antiracing fight, did at the Conference ‘Freedom for Greyhounds – CloseTheCanidrome and all Race Tracks Worldwide‘, organised by Pet Levrieri in Italy on the weekend of the 23rd-24th-25th September.

A must read! ‘The fight to end racing in the USA and the international role of GREY2K USA Worldwide‘

Hello and congratulations on coming together to work for the greyhounds! I am sorry I cannot be with you for this momentous gathering. On behalf of GREY2K USA Worldwide, I would like to thank each of you for the hard work you are doing to save greyhounds. The lifesaving efforts of Stefania and Massimo in Italy, Marion in Ireland and Ines in Argentina along with the advocacy of Trudy, James and Aileen in the United Kingdom and of course Albano in Macau are to be applauded by us all.

The truth is that the all across the globe, greyhound racing is a dying industry but of course it is causing a lot of cruelty every day that it continues. When first invented in the United States in 1919, it could not be understood that thousands upon thousands of dogs would suffer and die. Records were not kept of track injuries or deaths, and the public could not know the final fate of racing dogs.

But now we know the truth. Just this week, it has been disclosed that over 500 greyhounds were killed in the state of South Australia in 2015. According to government records now available, common racing injuries include broken necks and broken backs, dislocations, torn muscles, and paralysis. Electrocutions have also occurred. Some dogs die while racing while others are put down due to the severity of their injuries, or simply because of their diminished value as racers.

In the United States, records show that over 12,000 injuries have been reported since 2008 and that one in twelve injured dogs has died. Meanwhile in New South Wales, a newly-released government report shows that 70% of all racing dogs may have been destroyed over the last dozen years – as either puppies or failed racers. At Macau’s Canidrome, the only legal dog track in China, greyhounds receive little or no veterinary care and are routinely killed at a rate of thirty per month. Because there is no adoption program, no dog gets out alive. In the countries of Great Britain, Mexico and New Zealand, records are still not publicly disclosed, so the numbers of greyhound injuries and deaths remain an industry secret.

The good news is that the decline of greyhound racing has been ongoing for years. Between 2001 and 2014, the total amount gambled on American greyhound racing declined by 70%. Additionally, the number of tracks has been cut by two-thirds. In the United Kingdom, the last London stadium has announced its closure and like many dog tracks before it, will be re-purposed for mixed housing and retail operations. This follows a 58% decline in betting on dogs since 2000. In Ireland, gambling losses of more than 50% have been reported in the last seven years, and the racing regulator now maintains debts and deficits exceeding €30 million. The Macau track reported a decrease in profit of 82% in 2015 and like Ireland’s tracks, only survives with government assistance including tax breaks. Jamaica refused to legalize dog racing in 2009 and South Africa followed in 2010, citing both the poor economics and humane problems associated with the activity. The trend is definitely with the greyhounds and follows a growing concern for the welfare of all dogs which truly transcends national boundaries and cultures.

In closing, I urge you to keep fighting. You are the only chance these poor dogs have and they are waiting for us to save them. 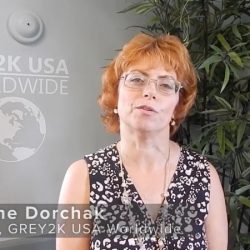 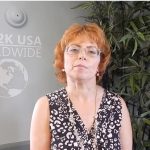 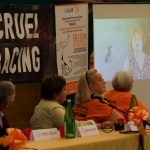 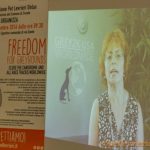 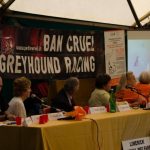