Will greyhounds disappear if racing is banned?

Greyhounds are a truly ancient breed, whose origins can be traced back to antiquity – the first records of them appeared in ancient Egypt around 8,000 years ago, and they are the only dog breed to be named in the Bible – whereas the racing industry itself first began in 1919 in the US, and in 1926 in the UK : a blink of an eye when seen in the context of the longevity of the greyhound breed type. So it would be wrong to assume that racing was ever the ‘original function’ of greyhounds in the same way that, say, sheep herding was for shepherding breeds or guarding for guard dog breeds: greyhounds were instead primarily used as hunting and coursing dogs. 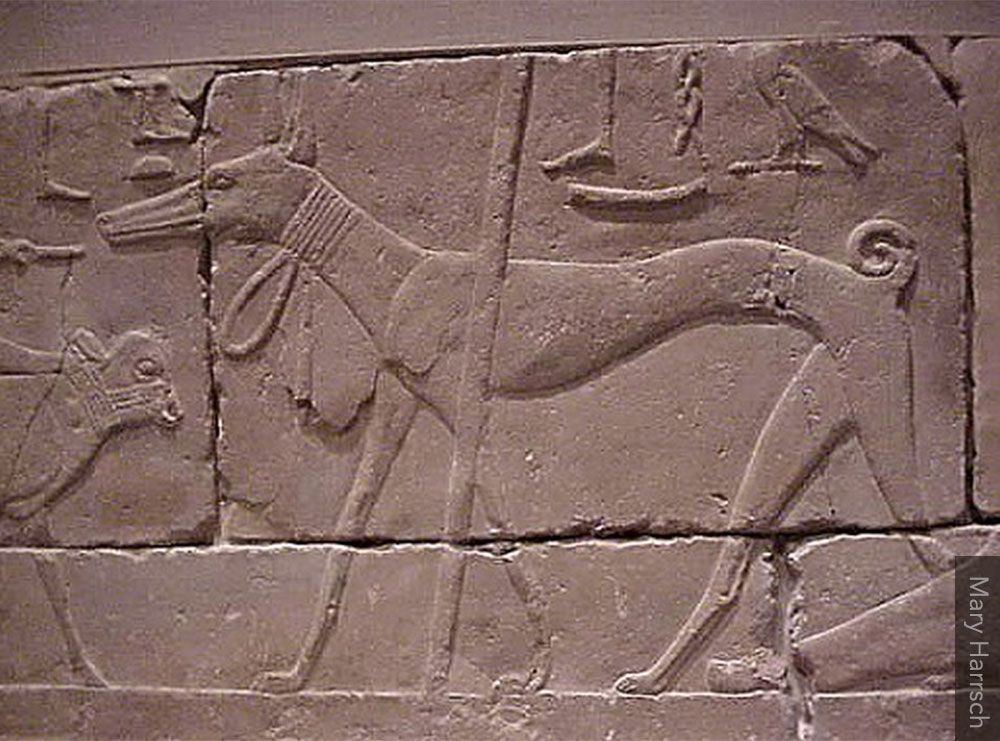 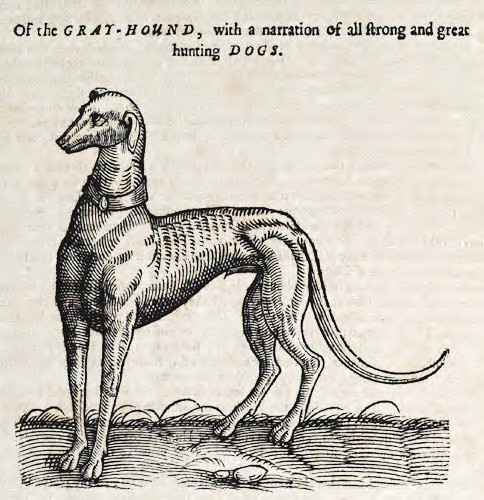 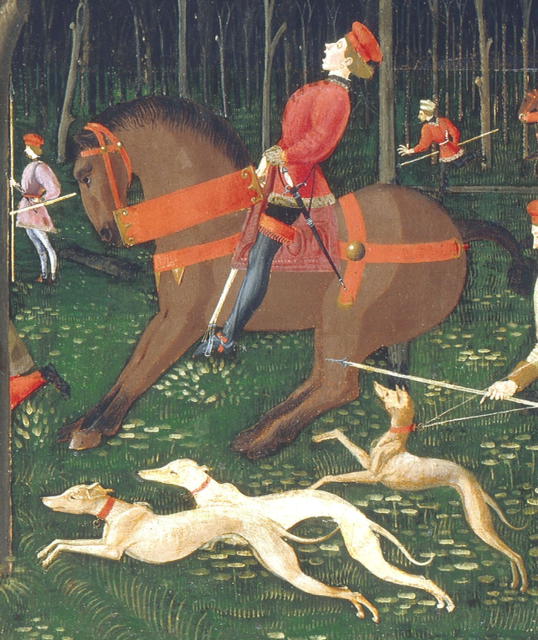 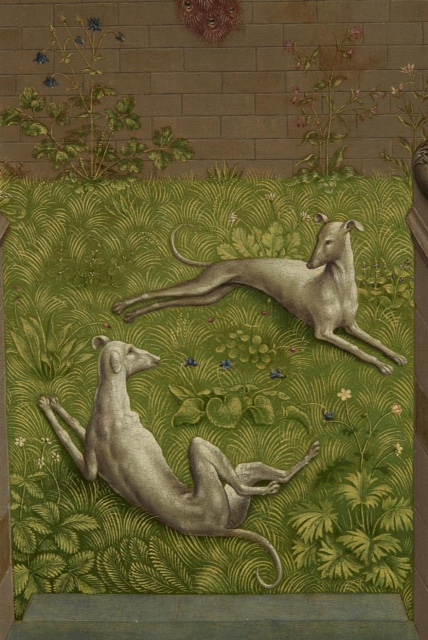 Greyhound owners in England began initially entering their dogs into coursing competitions in the 18th century – but racing on circular tracks only developed after the invention in the US of the mechanical lure in around 1912 by Owen Patrick Smith, who opened the first circular greyhound track in 1919 in Emeryville, California and later opened 25 more tracks around the US, from where the idea caught on in England with the opening of the first British track, Bellevue, in 1926.

Prior to the 1920s, greyhounds kept for hunting and coursing were also present inside or close to households, as illustrated through the centuries by numerous depictions of greyhounds in both hunting scenes and domestic settings showing that they were clearly highly valued not only for their hunting and coursing prowess but also as companion animals and often even status symbols, frequently depicted at the heels of members of the nobility alongside their favourite purebred horses. Earlier, the Forestry Laws of 1014 England even made it illegal for anyone outside of the nobility and Royalty to own one. 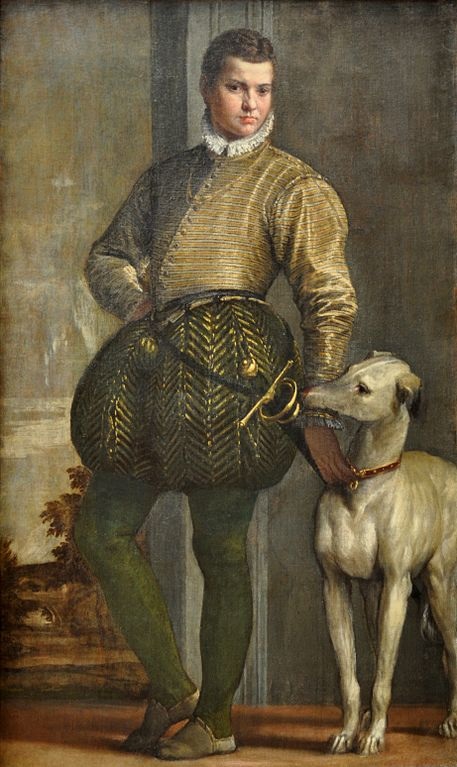 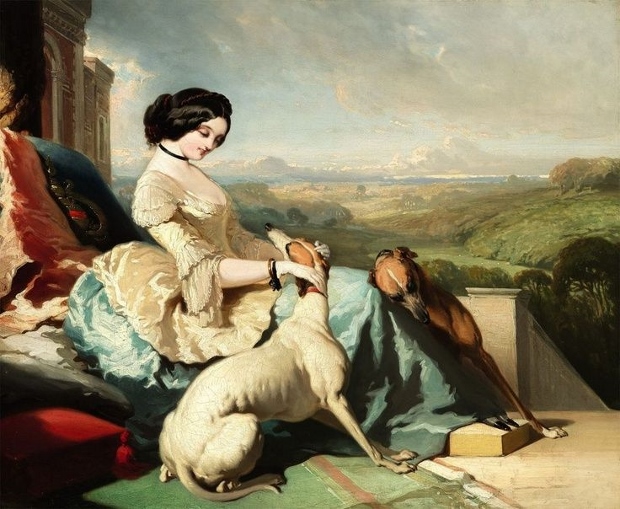 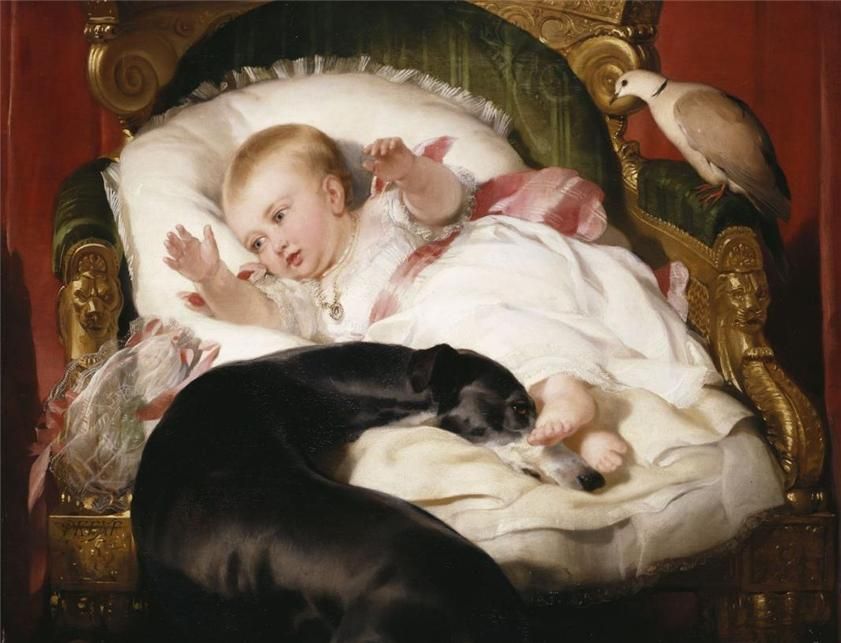 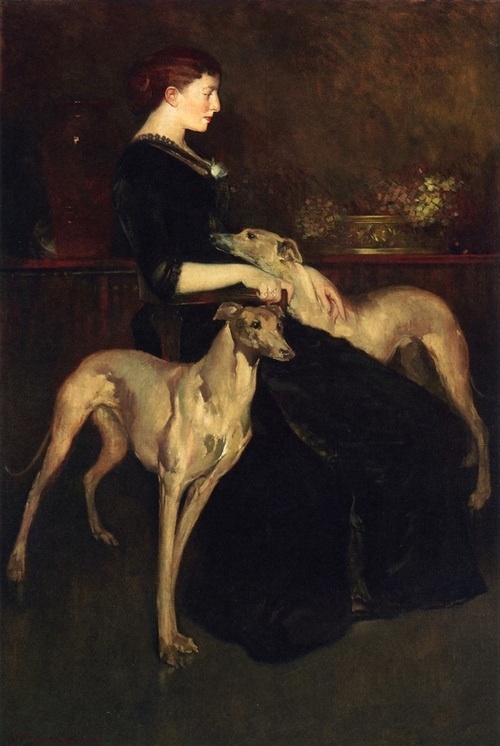 In the centuries prior to the advent of commercial racing, as shown in the vast array of depictions handed down through the centuries, greyhounds had to be tough and able bodied hunters capable of negotiating irregular and difficult terrains. In racing however their requirements developed into something quite different, and over the past century they have been increasingly bred to specialise in running at full speed in a single direction, and selected for speed without regard for endurance or agility, since track racing does not require the changes in speed and direction needed when coursing or hunting live game over varied terrain. These differences in purpose inevitably led to structural differences between greyhounds used for coursing, modern show greyhounds and those bred for the track. 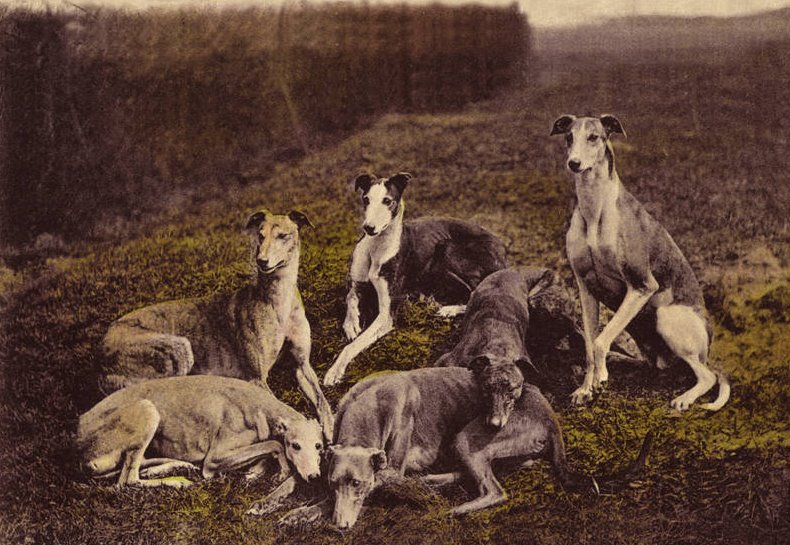 Over time, as racing gradually became the main activity commonly associated with greyhounds in the 20th Century (in addition to coursing which is still practised in Ireland but is illegal in Great Britain), the breed itself however continued to have a parallel presence in show rings and to be bred outside of racing as both show and companion dogs, both in countries with a commercial racing industry and those without one. So a greyhound type not associated with racing has always existed and actually predates it – though all greyhound types of course ultimately share the same ancestors. Therefore, there would be no reason to assume that it would not continue to exist, as the continued presence of the show type at least has never depended on the existence or continuation of the racing industry anyway but, like any other breed, on the love of the breed itself and the wish to see it perpetuated. 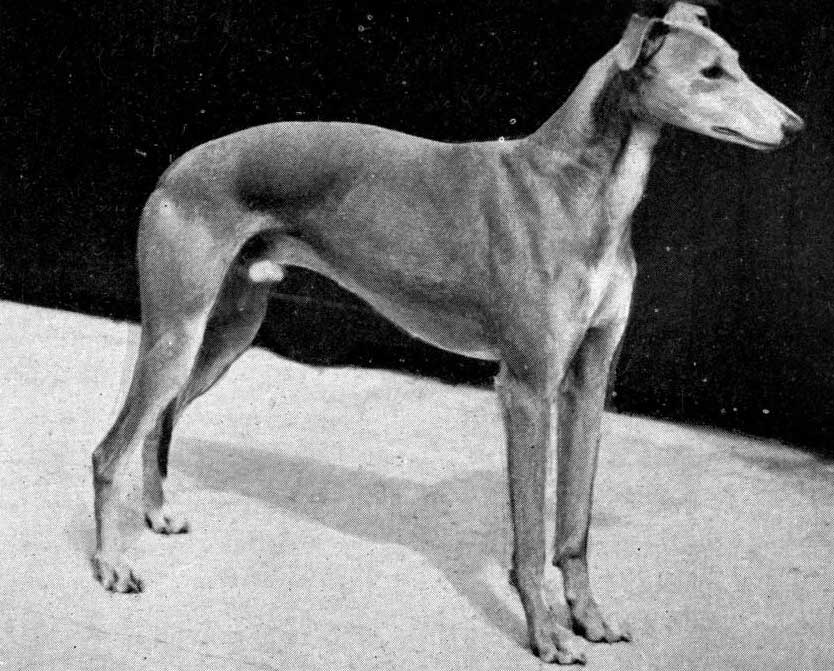 So in that context, without entering here into the differences in type between show greyhounds and racing greyhounds, the answer to the question ‘will greyhounds disappear if racing is banned ?‘ would logically be no – or at any rate they are at no greater risk of disappearing than any other breed of enduring and long standing appeal to match that of the greyhound.

Indeed, the vast majority of dog breeds were all originally bred for a ‘purpose’ that has long ceased to exist, yet most of these dogs continue to be bred and cherished as pets: for how many Mastiffs are still used as combat dogs in gladiator rings, Dalmatians as carriage dogs, Rhodesian Ridgebacks as lion hunters, Staffordshire bull terriers as bull baiting dogs, Irish setters as hunting dogs or Pekinese as temple guards?

Even breeds still bred as ‘working dogs’ such as Welsh Border Collies, German Shepherds, working Spaniels and Labradors etc are also bred as pets. With the gradual demise of commercial racing, why should it be any different for greyhounds? In Italy, where greyhounds are not raced commercially and where the last commercial race track was closed in 2002, greyhounds are hugely popular as companion animals and are currently both adopted as discarded ex racers from Ireland and bred as pets within Italy itself.

However, if one were to ask ‘will the modern racing greyhound in the form currently bred disappear if racing is banned?‘ the answer is likely to be less clear cut, as much will depend on the individual countries involved and whether breeders currently breeding racers for the industry would be open to differentiating their source of income by continuing to breed considerably smaller numbers of dogs as pets for people who specifically love the quiet temperament and docility of the breed type, many of whom as rescued dogs have blossomed into extraordinary PAT dogs around the world, gifted at communicating with autistic children as well as the elderly thanks to their gentle temperaments, as well as making great family pets – as anyone who has ever adopted one would readily agree.

In Great Britain, much would also depend on the situation in the Republic of Ireland, where the majority of dogs racing in the UK are bred (around 83%), and where most of the dogs adopted in the UK originate from. Nonetheless, it would not be implausible to speculate that a phasing out of racing in the UK – and consequently, a diminishing of the demand for racing dogs from Ireland and hence a reduction in the overbreeding taking place there * ­- might eventually lead to the establishment of smaller numbers of breeders willing to differentiate by breeding for the pet market.

In conclusion, given the huge popularity of ex racer greyhounds as pets throughout the world and the growing awareness of their talents outside of their ability to chase a lure around a racetrack for the benefit of the gambling industry, their continued existence as pets rather than as racers after the eventual demise of the racing industry would logically, according to our analysis, seem no less likely than that of any other breed whose so called ‘function’ has now elapsed. The answer to the question ‘will greyhounds disappear if racing is banned?’ is therefore highly likely to be no.

What is certain is that a responsible and phased ban of greyhound racing would put an immediate stop to the unacceptable suffering and premature deaths of thousands of dogs each year, even by the statistics provided by the British racing industry. 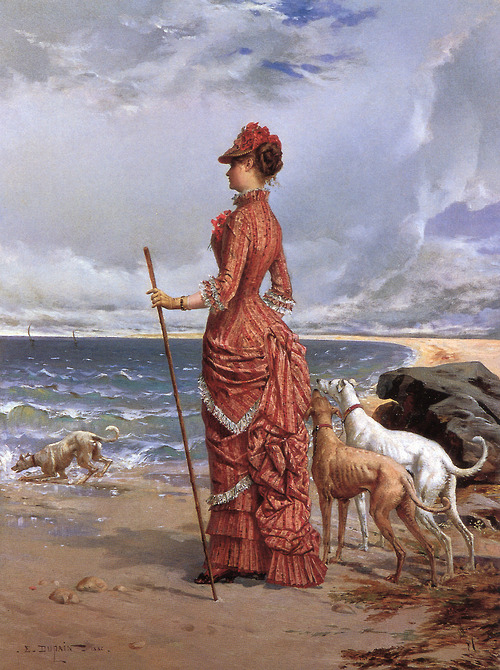 Will greyhounds disappear if racing is banned?