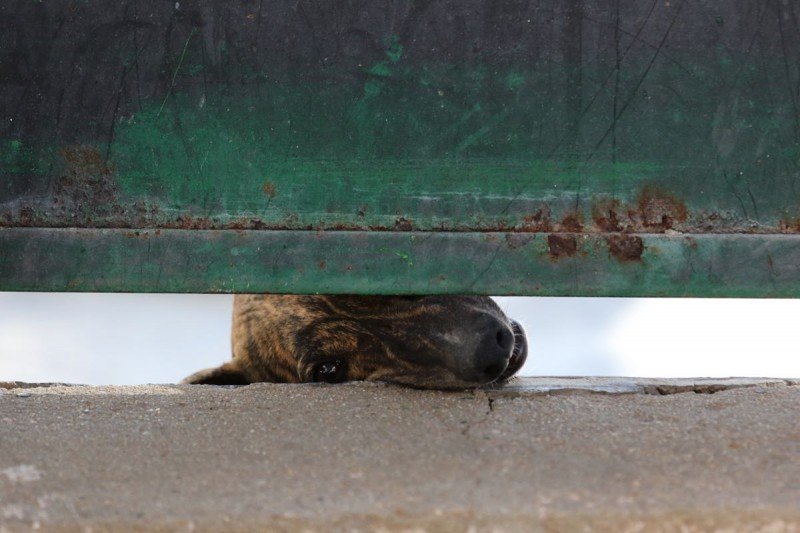 When you enter Scooby, or any other place where you see dogs in cages, you have direct proof of how men are capable of betraying the ancient pact that links them to dogs.

To be a dog means to be a friend to man, and only dogs have such a deep relationship with man that they can share his life in an integrated way.

Well, when you enter Scooby you understand what it means to betray that pact. You see it in the terrified eyes of two puppies dumped from the boot of a car – and I mean a saloon car – , you see it in the excitement of the dogs as they crowd around for a stroke or to establish contact with you, you see it in the gaze seeking you out from where you would have never thought it possible, anything to escape the loneliness.

It’s no secret that the vast majority among these dogs are sighthounds, galgos dumped by the galgueros like tainted goods: either taken directly to the refuge, or to the perrera, or simply abandoned in the street. There is no magic in being a sighthound in Spain, there is only tragedy.

However, when you enter Scooby you also have proof that there are men who fight so that man may be forgiven for having betrayed that pact, and who want things to go back to being as they should: man and dog together, in mutual respect.

And as far as they, the dogs, are concerned, their look seeking out those willing to offer them some care shows without a shadow of a doubt that they are ready to forgive.

It’s up to us to be worthy of that forgiveness: before, during and after adoption.