We asked Ines of Proyecto Galgo Argentina to tell their work, the difficulties and challenges they face every day in Argentina to save the galgos (many) and greyhounds, exploited in the racing and in the hunting, to denounce their abuses and their extermination, to create a national movement of civil disapproval, and obtain protection laws for galgos and greyhounds. Here’s what Ines told us. We thank Ines for this interesting contribution.

We are Proyecto Galgo Argentina, we are a group of friends who love and care Galgos.

We opened our facebook page: Proyecto.Galgo.Argentina and Twitter @proyectogalgoar on the 25th January 2014. Our aim is to defend Galgos from abuse and from those who exploit and use them as a commodity and then discarded it. Our mission is to give voice to the Greyhound and make them visible to the society. Our motto is ¨The life of any animal is much more valuable than that of that human being able to torture him.¨

We don’t have a refugee. When we rescue a galgo he stays with one of us. We don’t work with others organizations but we help them sharing their galgos in adoption and asking for help when a dog needs to be rescued.

In Argentina Galgos comes from different countries of Europe, USA and Australia. The steps we are taking to improve public awareness about the treatment of Galgos are the use of social media, basically Facebook and Twitter. This way we have kept the attention of journalists and politicians. We had gone to the Chamber of Deputies several times to express our opinion about making a law to ban Galgos Racing. Also we had been invited to some TV shows, to radio programs and to give conferences in USA.

The situation in Argentina is almost the same as in the rest of the world. Here greyhounds are used mainly for racing, hunting and reproduction. When they aren’t useful anymore they are dismissed, as in any other part of the world. Most of them don’t reach their 3 years old.

The major problem is galgos racing. They take place all over the country, in every province, city and small towns. Although they’re banned by law in Buenos Aires province, they are done anyway. Recently, Provinces such as Santa Fé have approved a Law that banned Galgos racing, and Córdoba present a project to ban them.

Galgos used for races are injected with drugs as strychnine, arsenic, cardiotonics, anabolics, amphetamines, caffeine and cocaine. Its side-effects are terrible, ranging from myocarditis, pericarditis, Pleural effusions, and cardiomegaly than in many of the cases end up with the life of the dog. These drugs are sold on galgueros groups of facebook or on the seller’s facebook.

In Argentina galgueros hunt the whole year, even when it is prohibited Those Galgos that are used to hunt are kept in tiny cages during a day and generally starved so that, they can fetch the victim faster. Victims usually are hares, rhea and wild boars. Also, there are championships of hare hunting with galgos, where they end up in terrible conditions.

Most galgos are forced to have sexual contact; the females wear a muzzle in that moment and are held so they can’t escape. Females are drug with prostaglandin to induce oestrus. This causes them fever, fast heartbeat, hemorrhage, abortion, dead. Galgueros breed a media of 15 galgos per year and discard the same amount because they aren´t useful anymore due to fractures, illness, dotage, or because they are mongrels or loosers.

I let you some photos in case you need them and the spot we made for our Change.org campaign to collect signatures to ban Galgos racing in Córdoba.

You can watch it here: prohibición-de-las-carreras-de-galgos-delasotaok-gobdecordoba 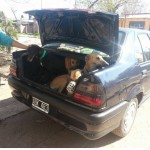 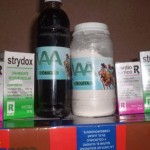 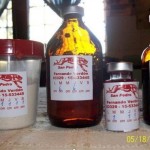 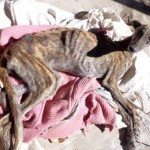 This is Antonieta, our spot star, when she was rescued. 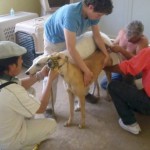 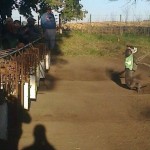 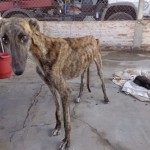 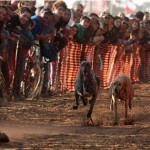 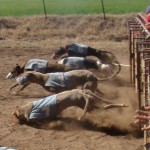 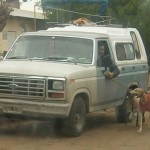 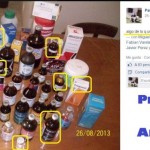