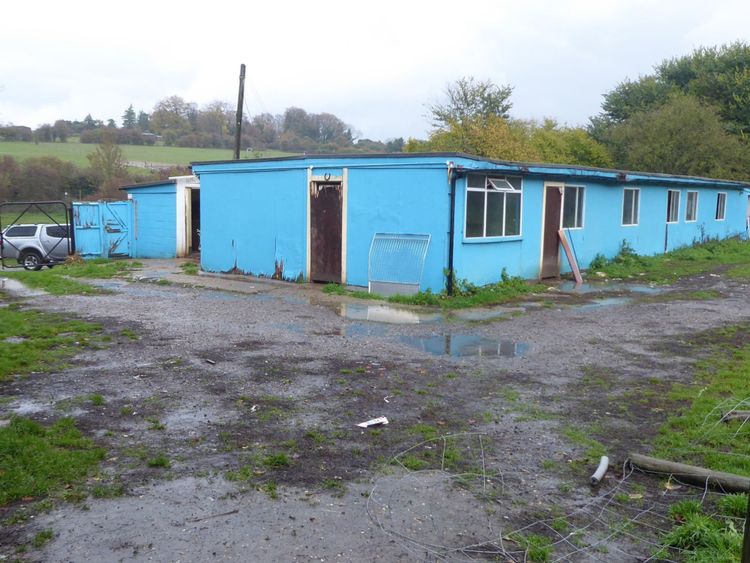 The new owners of the kennel report an “overpowering” smell, as well as seeing faeces and claw marks on the walls.

A kennel that housed more than 70 greyhounds has been found in a “horrendous” state.

When staff entered the site, they found faeces and claw marks on the walls, as well as reporting an “overpowering” smell.

A video posted live on to Facebook and images taken at the kennels by the Trust show strips of fly paper clogged up with dead flies, broken doors covered in dirt, dust and cobwebs, piles of dirt on the floor, and worn down walls with deep scratches and stains.

Entire chunks of the wall appear to have been scratched away and patches of plaster have been rubbed away.

Recently used bedding can be seen on the floor as well as dog faeces. 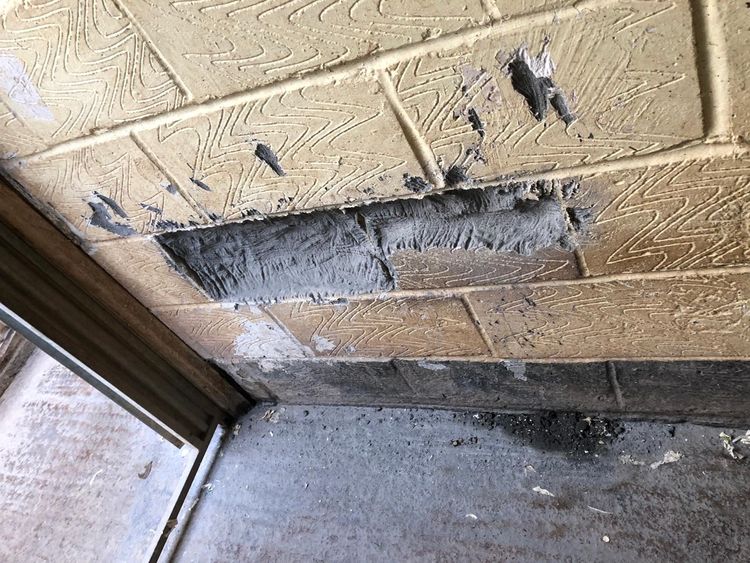 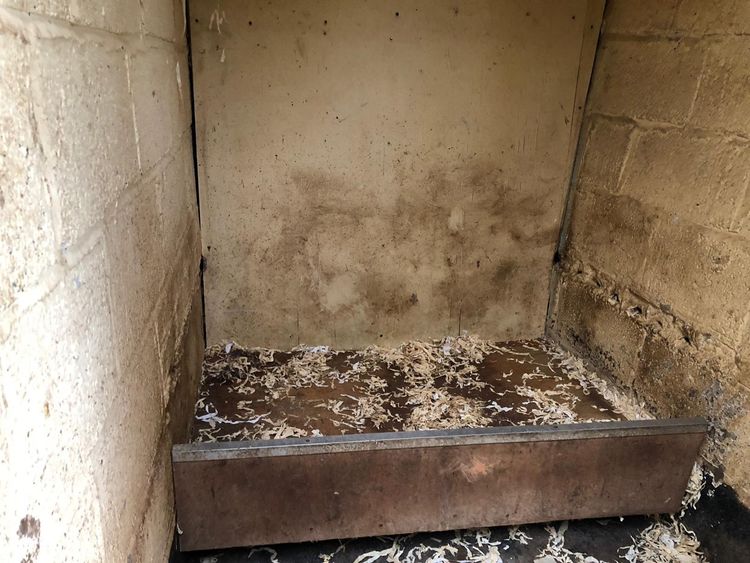 Image: One of the many photos of the kennels. Pic: Celia Cross Greyhound Trust

When Jane Thompson, Celia Cross Greyhound Trust kennel manager and trustee, inspected the vacant premises, she said: “I wasn’t expecting the kennels to be in great condition… we could smell them from our own property.

“The stench was overpowering and the foul kennels were in a dangerous state of disrepair. This neglect must have been going on for some time.”

Nick Weston, head of campaigns for the charity League Against Cruel Sports, visited the kennels on 2 November and told Sky News: “There are no words for it other than horrendous.

“The smell alone was appalling. I walked into one of the rooms and the smell just hit me like a wall. It smelled of everything: urine, faeces, damp. It was a hellish mixture of smells.” The kennels had been rented by greyhound trainer Tony Taylor, who says he kept 72 dogs at the site. A number of the dogs were still active racing dogs.

Last year, Mr Taylor was given a year’s notice to move on and told Sky News he removed the last of his dogs from Hillside kennels on 28 October this year.

Mr Taylor says he has only seen some of the photos taken by the Trust and believes “quite a few of the pictures are from a block we shut down about three-and-a-half years ago because you couldn’t put a dog in there really”.

Sky News sent Mr Taylor all of the video and photos to look at and verify, but he did not reply.

The trainer says he allowed someone else’s dogs to be kept in the block and a person was left to clean the kennels. 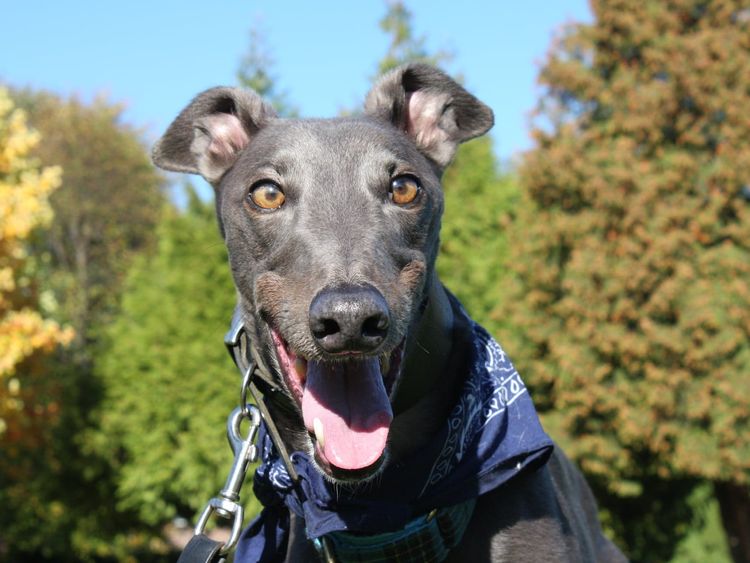 Image: Hillside dog Cooper was taken into the care of the Trust in 2016. Pic: Celia Cross Greyhound Trust 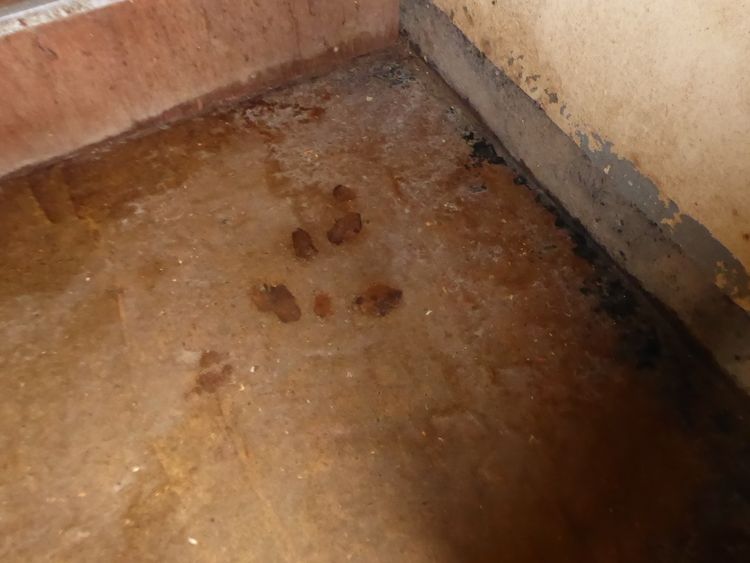 Image: Faeces were found in the kennels by the Trust. Pic: Celia Cross Greyhound Trust

In response to claims of smells of urine, faeces and damp, Mr Taylor said: “Normally we kept it fairly clean to be honest with you, but when I left I did leave about nine or 10 dogs to be rehomed.”

Mr Taylor says when he left he did not see any faeces, adding: “I could smell a little bit of pee but it didn’t smell very strong to me.”

Asked what state he would say all the kennels were in when he left: “To be honest with you they did need work.”

Mr Taylor was given a grant of up to £40,000 from the industry regulator the Greyhound Board of Great Britain (GBGB) but opted to spend the money on his other kennels in Catford, as he knew he would be vacating the Guildford kennels. 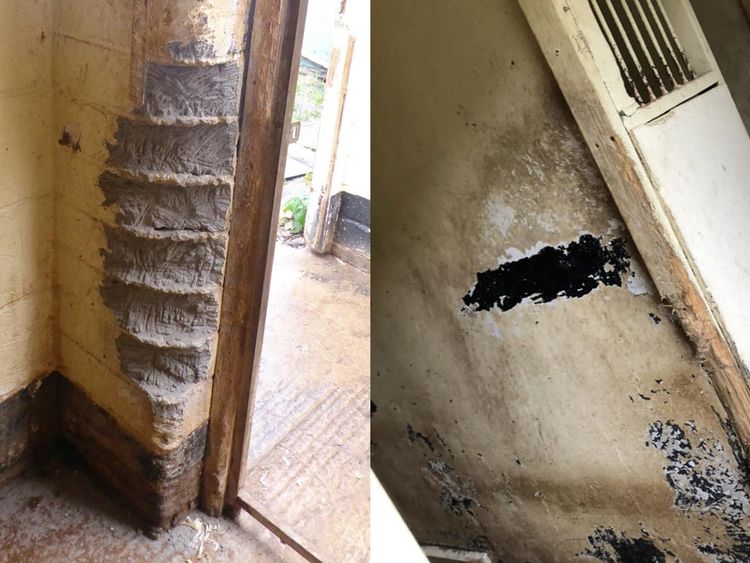 Image: Parts of the walls are scratched away or worn down. Pic: Celia Cross Greyhound Trust Image: Plaster had been rubbed off the walls in one of the kennels in a block used by Mr Taylor. Pic: Celia Cross Greyhound Trust

He told Sky News: “It was just impossible to have enough money to do both. The dogs were looked after, they were cared for, they had nice beds. It did need a lick of paint and a few wooden struts need replacing and things like that but I just didn’t have the money to do it.

“It was safe as far as I was concerned… [if a kennel] looked horrible and it didn’t look safe for a dog, I didn’t use it.”

He added: “The welfare of my dogs comes paramount to me or I wouldn’t be doing this. I’ve been doing this all my life. I love the dogs.”

The GBGB said it inspected the kennels and gave guidance on how to improve conditions. It said it monitored the site closely while the kennels were still in use.

Mr Taylor has not faced any disciplinary action from the GBGB. 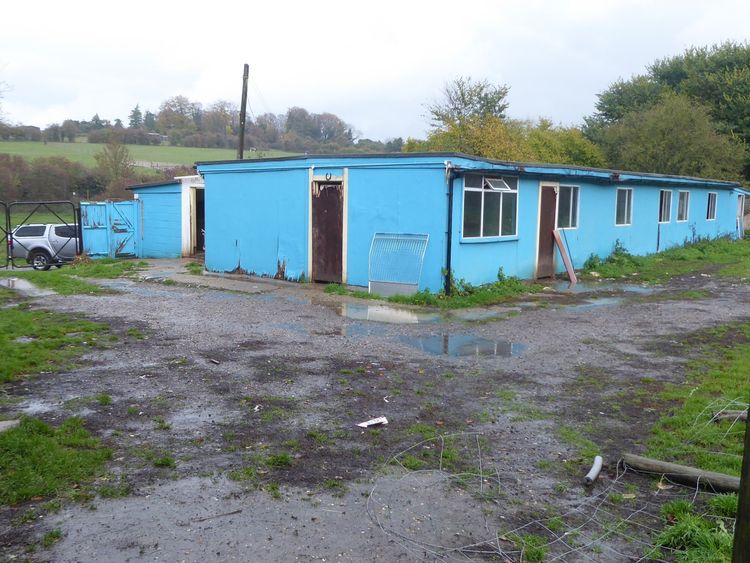 Mark Bird, managing director of GBGB, told Sky News: “As the regulator for licensed greyhound racing, we demand the highest standards of welfare from everyone involved in our sport.

“We have very strict guidelines on how dogs should be treated and what conditions they should be housed in.

“We conduct a minimum of two unannounced visits to residential kennels each year and are prepared to take the strongest action when we find that conditions are not up to standard.