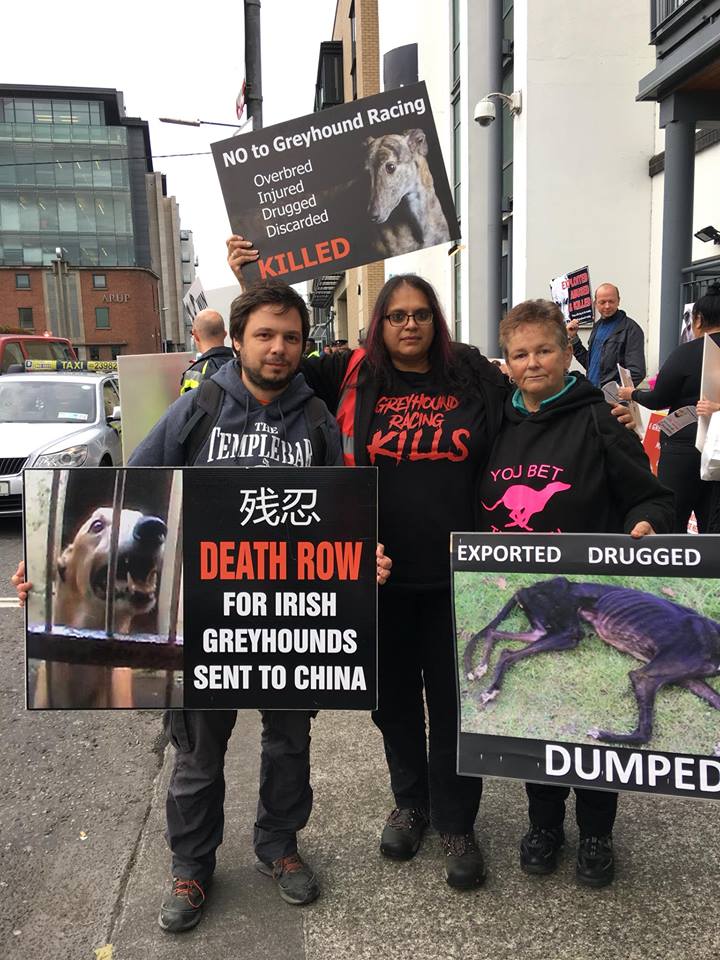 A big thank you to everyone from around Ireland, the UK, Italy, Hungary, etc who supported the “End Greyhound Racing” protest outside Shelbourne Park on Saturday evening.

We distributed hundreds of “6 Reasons to Say NO to greyhound racing” leaflets (including to some entering Shelbourne Park) and with placards and banners, the cruelty of this rotten industry was highlighted to countless passing pedestrians and motorists. Special thanks to the group of children who came along with eye-catching handmade posters and chanted “You Bet, They Die” to everyone entering the stadium!

And greyhounds certainly are dying. Shocking Irish Greyhound Board statistics confirm that in the past three and a half years alone, 129 greyhounds have been injured and 29 killed at Shelbourne Park. In the first half of 2018, 163 greyhounds suffered injuries and 53 were killed at tracks around Ireland. The greyhounds sustained injuries to hocks, wrists, legs, toes, shoulders, necks, backs, tails and muscles. Shelbourne Park was the WORST track for injuries.

Since 2015, 1,369 greyhounds suffered injuries and 438 were killed at Irish tracks. The figures are based on “reported” injuries and deaths, suggesting that the actual number could be even higher. This does not include the greyhounds injured at tracks and later killed elsewhere, or the thousands of greyhounds who go missing each year – presumed killed when found to be too slow to win races.

Greyhounds are also dying in local dog pounds. 80 were destroyed in pounds last year, bringing to 2,729 the number of greyhounds killed in pounds here in the past eight years.

Thanks again to all who attended the Shelbourne Park protest and are campaigning with great determination to end greyhound racing in Ireland.

Some future protests to support…

Cork says NO to greyhound racing
Curraheen Park Greyhound Track, Cork
Keep an eye on the Greyhound Awareness Cork Facebook page for details about the next protest
https://www.facebook.com/GreyhoundAwarenessCork/

Say NO to the greyhound industry – don’t attend races or fund-raisers held at greyhound tracks.

Contact Taoiseach Leo Varadkar, Agriculture Minister Michael Creed and Finance Minister Paschal Donohoe and demand an end to the use of public funds to prop up the dying greyhound industry. 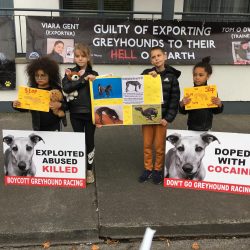 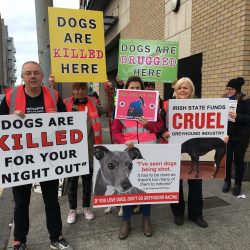 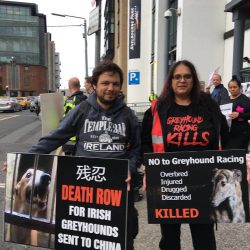 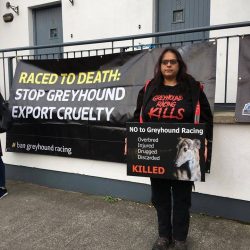 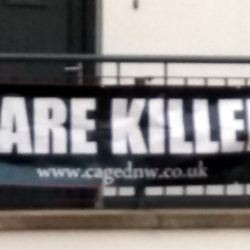 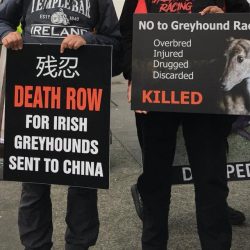 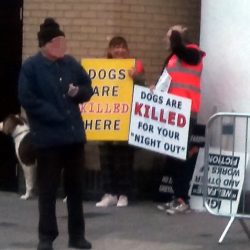 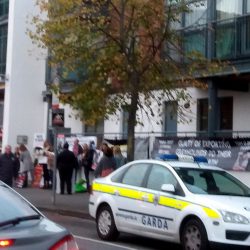 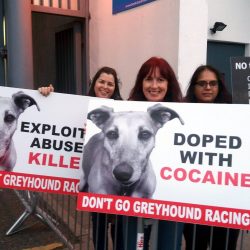 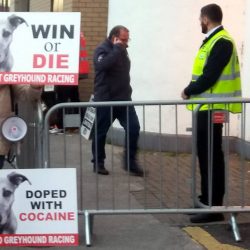 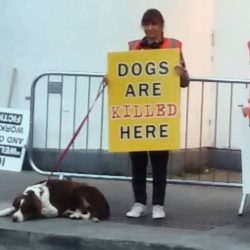 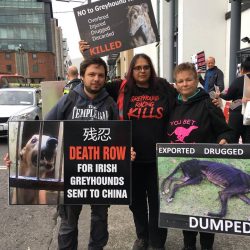 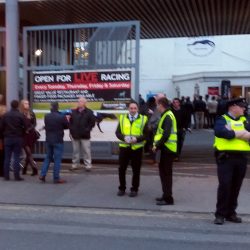 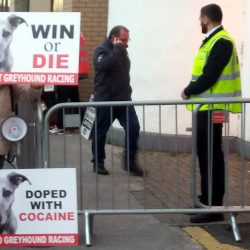 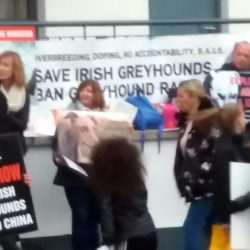 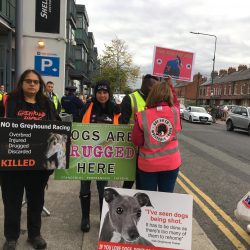 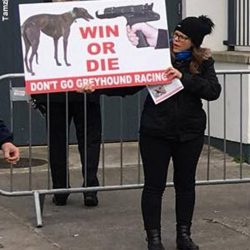 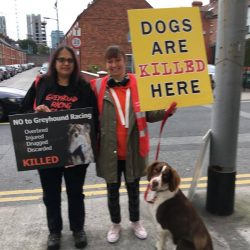