11 greyhounds put down at Cork tracks this year 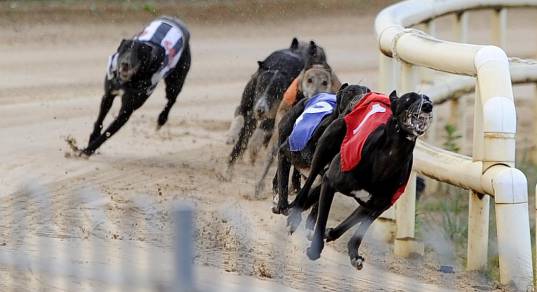 11 greyhounds put down at Cork tracks this year

TWENTY greyhounds have been put down at Cork race tracks since January 2017.

Figures published by the Irish Greyhound Board show that eleven greyhounds were put down in Cork between January and June of this year, while nine were put down last year.

There are two greyhound tracks in Cork: Curraheen and Youghal.

Greyhound Awareness Cork has called for the sport to be banned.

“In the greyhound racing industry, the dogs are referred to as ‘stock’ or ‘product’. They are treated as a disposable commodity,” a spokesperson for GAC told the Evening Echo.

“At the track, if they suffer career-ending injury, as opposed to life-threatening injury, they can be killed by the attending vet, if the owner or trainer does not want to pay medical costs.

“If a family pet breaks a leg, they are rushed to a vet for treatment,” he added.

GAC also raised concern about the greyhounds that are deemed too slow for the racing track.

“We feel that the published death stats are only the tip of the iceberg, as thousands of greyhounds ‘disappear’ each year,” said the spokesperson.

“Some are found with ears cut off to prevent identification through tattoos. Also, some are found shot and dumped in shallow graves.

“Welfare of greyhounds is not even mentioned in the IGB’s mission statement and this reflects their true attitude to it. The industry is self-regulating,” he added.

The GAC campaign has been working in Cork to illustrate that greyhounds can make brilliant pets.

They have been holding public demonstrations with a greyhound named Molly, on Patrick Street, every month.

“She is awesome, but was considered ‘wastage’. Meeting her brings the reality home to a lot of people,” he added.