1) Albano, can you tell us briefly about the work of ANIMA, and how it all started?

The initiative came from Albano Martins, actual President and CEO of the Board of Directors of Anima, after being alerted in the beginning of 2003 that there was no law for the protection of animals in Macau.

Some of the problems Anima faces today are similar to those Anima faced in the first beginning. In Macau, as everywhere, we have people that are conscious and know that owing a pet is a lifetime commitment and others that treat the pets like toys. There are still some people that need to get proper consciousness of the protection for the animals especially against cruelty.

Anima knows that the best way to fight against the environment of cruelty is to educate the kids, helping them to become responsible citizens in the society. This education must also be extended to other sectors of the Macau population.

This has created a lot of problems to us as our shelter is completed full. But we do not give up.

We prefer this way than adopt the same principles as the SPCAs. Animals with us live free and with their buddies and have play times several times per day.

We have hundreds of animals in our shelter and Macau is a tiny place of less than 40km2! We received tens of calls to help everyday! The rescue numbers are bigger than the adoption which complicates more.

Besides the animals that lives with us of have thousand cats and hundreds of dogs supported by us outside Shelter. They are under a program we call Special Protection Program (SPP). We supply food, medical care, neuter them and keep an eye in all. This program was established as we have no capacity to take inside Anima all animals. It is technically impossible! However, animals considered by us as in risk are collected (puppies, kittens, sick or injured animals, animals that seems not being properly feed or abandoned animals that are not capable to survive in the mountains and streets, etc). But as you may imagine, we have to be very selective!

We are at the moment running a municipal kennel in Coloane where animals caught by the authorities lives under our protection and will never be killed!

We have animals very old, with three legs, that are not in suffer. All of them are treated as any other!

2) Unfortunately, the general view of the relationship that the Chinese have with dogs and animals in general is negatively influenced by events such as the Yulin festival. Can you tell us how things really are in that sense in China and Macao, and if and in what way people’s views about pets are changing there?

China is really a big country with areas where animals are badly treated (Yulin festival is only an example) and other areas where the concern regarding the rights of animals are getting stronger. Activists usually stop trucks, buy the animals and have sanctuaries where they treat them the best they can. Anima got the support of more than 40 Chinese (mainland ) associations in out fight for the closing of the Canidrome.

In general there are no laws for the protection of animals either in China or even in Macau. In Macau eating a dog or a cat is not acceptable. The community gets anger if anyone does that. Usually who does that is mainland Chinese workers working in Macau, but this happen may be few times per year. The authorities usually helps taking out the animals even if the old regulation (1975) specifies that if someone eats a dog or a cat pays a fine of 20 to 200 patacas (2.5 USD to 25 USD) maximum and no more. The awareness of the community regarding animal rights is stronger and stronger in Macau and is spreading in Chinese towns. Rural areas are the biggest problems in China!

3) On the topic of greyhounds: How are greyhounds viewed in Macao and China in general, just as racing dogs or as potential pets too?

In Macau greyhounds have no experience of being a pet. They are always seen as runners, but the concern now is that this must happen with proper rules and not the way it is being done as no animal is placed for adoption. All are killed once considered as non competitive. More people wants to adopt greyhounds and in China. More and more people want to have greyhounds as pets even if they are not so sure that they can be a good pet.

4) Why is the Macao racetrack considered the worst in the world? And why is it important that it should be closed?

Canidrome is the worst in the world because all animals are killed at the end of their racing life. Really they run everyday for their life as they “know” that if they are not capable to reach the first three positions, they will lower in the rank ( from 1 to 6) and when reaching the last one will be killed.

As only half in each race can reach the first 3 positions, half will go down to the lower level. Usually they do not reach the last level as they are killed before. Why? Because the accident rate is very high (sometimes over 20% of all animals), the floor is hard, the track is narrow and all is very old. They break legs, neck, some even die immediately.

Some of them only lives 2 months after they arrive! Night time there is no vet there, no regulator supervisor in the kennels, no judiciary police checking if they are drugged or not. If a more serious accident happen they are killed by non-specialists. They run only night time. Up to January was 18 races per night from7:30 pm to 11:45. Now the Government reduced to 11:oo pm due to community complains.

Humidity in Macau reaches sometimes almost 90% and usually is very high (over 80% in summer time), and the temperature rounds 29 celsius in summer time. The kennels have no air-con and they are not clean properly. They have only 9 trainers which clean also the pens. The smell of urine is very strong even outside in the street!

It is important to be closed for three main reasons:

2) Economic reasons- they make of income in one year what our casinos make in 4 hours and they are only surviving legally because the tax is lower than the casinos (25 per cent as compared with 40 per cent). Only after the last reduction of taxes from 35 per cent to 25 per cent, occurred in the beginning of the last contract (2005 to 2015) they began to make profit. But now the profit is insignificant and only explained be the lower taxation and the income coming from the public auctions of dogs, which is not taxable!

3) Community reasons- Canidrome is located in Fai Chi Kei the most density area of the world with towers around it, and the community have not proper social equipments or even car parks or green areas. That is the reason why the community in last live TV debate of Lotus TV (pro-Beijing or owned by China ) between Anima, Responsible Gaming representative and the community leader, everybody, including the people who called during the debate was for the closing of the track. 5. What are the prospects in that sense?

Everybody expects the closing this year. If the Government is strong enough to take a decision against these dark forces of Macau, well this is the only doubt at the moment!

6. What has changed over the last year? What is the current situation?

The income of the industry went down, the concession was extended only for one year and the ban from Australia began to make them enter in despair. The good result is, few dogs were killed in 2016! There are now 699 dogs, by our estimations. All animal welfare associations support the closing and all intellectuals and very top people (from business man not related to triads, lawyers, judges, economists, financials, artists, teachers, etc) and the common population wants the close of the Canidrome.

7. Some people fear that greyhound racing could become legal in the rest of China. What do you think?

There is no way any legal game can be accepted by the Communist China. This is against the system. But there are illegal betting all over China. However who is found is severely punished but the level of corruption is very high. I may tell that it is impossible to be legal but this doesn’t mean that illegal betting will not florist. Have a illegal track is very difficult to “hide” for long, has a track is a well known place and the activists for the rights of the animals easily will inform the authorities.

8. Is there anything that international public pressure can do to stop that happening?

At the moment we only see the need to block exportations of greyhounds to Macau and ask the Macau Chief Executive to close the Canidrome. Regarding China (mainland) leave this to the local animal welfare associations and just support them giving international visibility. Be friendly with Chinese people as all of us in every country were may be equal but we are for sure different, You find many people in China concerned with the rights of the animals! They are 1.3 billion, don’t forget!

I don’t think Canidrome can do any breeding. First, all females are spayed as a precaution by the exporters, second the government will not authorize that and third they just want to get the land from the Government.

They want to make easy money selling property. For you to have a knowledge, the housing prices from 2003 Q2 to 2015 December has increased 1,167.61 per cent from MOP 6,196 to MOP78,541! (1EUR=MOP 9)! They don’t care about animals. They want to prove the Macau Government that they are loosing so much money during all the 50 years of the concession, so they deserve to have the land. The same applies to Jockey Club owned by the same people! 10. What are the next steps for getting the Macao Canidrome shut down?

Stop the exports and hoping that the report ordered by the Macau Government to the Institute for the Gaming Studies of the Macau University advise for the closing of Canidrome, as the common people expects!

11. Do you think international public pressure can have an effect? If so, in what way?

Always have as Macau Government is always afraid of any international voice against issues related to Macau. As you know only China Foreign Affairs is responsible for Macau international relations. So, Macau authorities do not want noise that will make China angry. Technically, should be intelligent to address petitions to the Central Government and Macau Government on the same time. They will be very upset!

12. Is there any proof that could lead to the belief that a percentage of the greyhounds discarded from the Canidrome end up in the dog meat markets, or are these just unfounded fears?

No dog goes to meat market. This is only a confusion of people who doesn’t know Macau history and confuses us with mainland Chinese. “Same country two systems” is the actual situation! 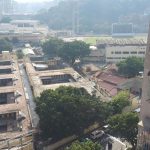 Canidrome kennels: 9 blocks, each two floors, each floor 40 kennels. So total 720 dogs if all stay alone, which is the normal situation 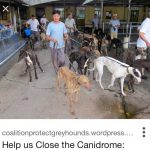 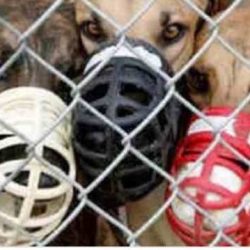 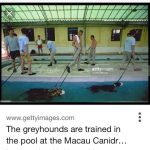 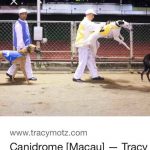 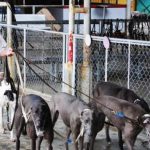 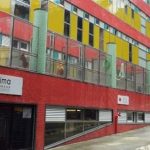 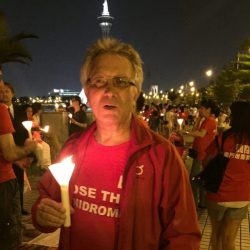 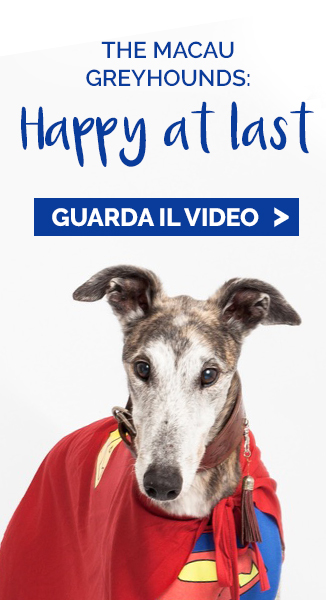